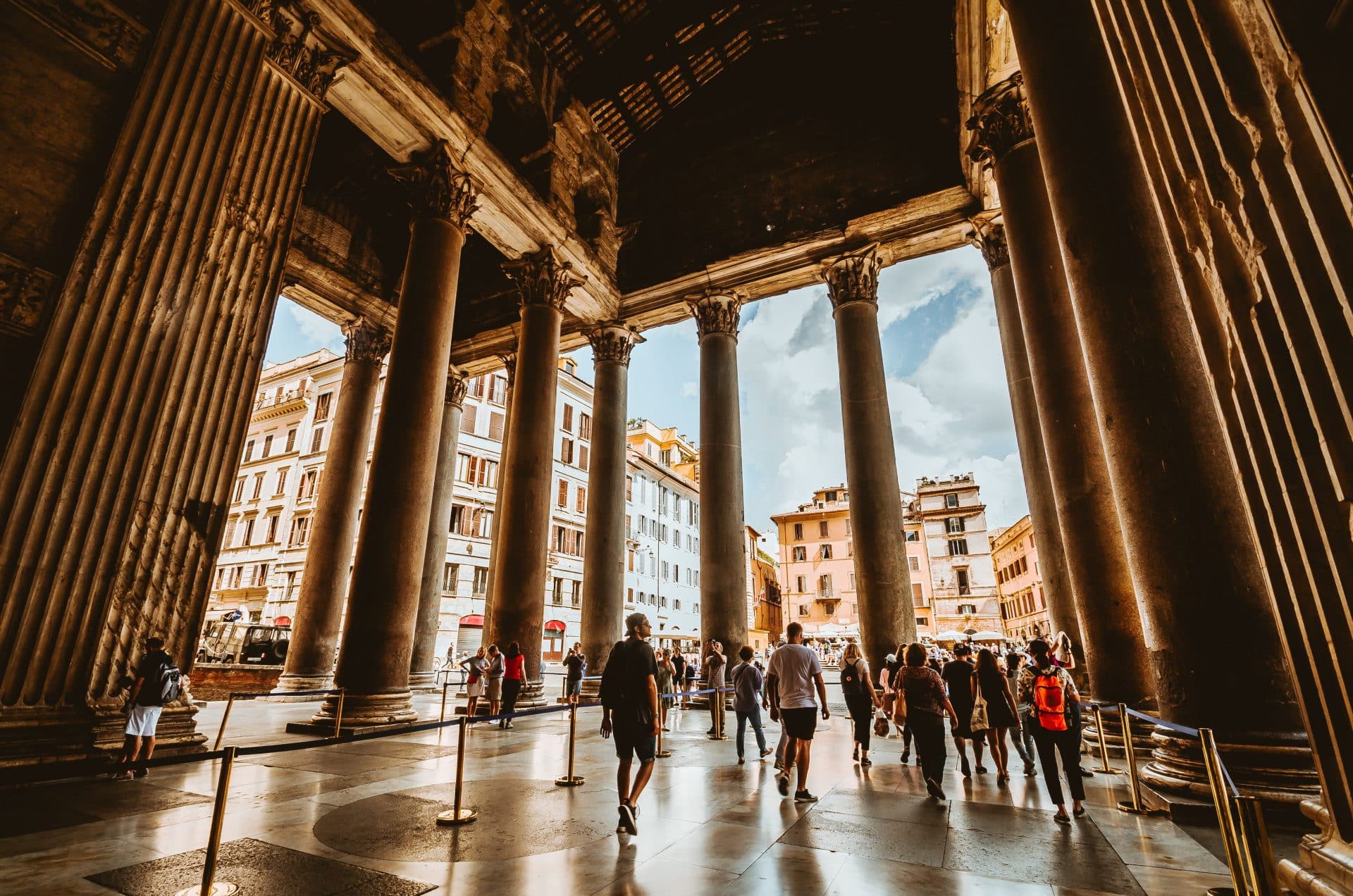 "Course details have been changed from the original programme". Contact the office with any queries. BRIEF DESCRIPTION Looking at different monuments of ancient Rome this short course does

“Course details have been changed from the original programme”. Contact the office with any queries.

Looking at different monuments of ancient Rome this short course does not deal with the history of Rome itself, but at various aspects of daily life in the Roman world.

In a voyage of exploration we shall take a tour through the apartments and villas of ancient Rome. Discover what it was like to be a spectator during a battle between gladiators in the Colosseum, look into a rich patrician home and discover the frescoes on the walls and the stunning mosaics on the floors. Walk down the ancient streets and discover what Romans saw, heard and smelled, find out why rich people lived at ground level but poorer people lived on the higher floors and how clothing was made and dyed and why Romans washed their clothes in urine.  And much much more.

This course takes place online. To participate in online classes you will need an email address, a reliable internet connection, a computer/laptop/tablet with fully updated browser (preferably Google Chrome).

WHAT WILL BE COVERED WEEK BY WEEK

Extra cost to the course:

Learners will be given recap worksheets, which they can fill in as they wish. No extra materials are required.

What do you need for the first class:

Pen, Paper for notes. A laptop/tablet with a good internet connection.

Olga Joy is a native Italian speaker. Olga has studied modern languages at University in Rome and has taught Italian evening classes at all levels for many years as well as teaching Italian in schools in Cambridge. Olga’s father was a professor of Roman history as well as an archaeologist and epigraphist and also worked for many years at the Scavi di Ostia Antica  (the old port of Rome). Olga stated ‘I suppose my interest and curiosity for the world of ancient Rome is directly derived from him, but I also lived in Rome all my life before coming to UK, so I have enjoyed showing many people round Rome, friends and relatives for many years.’

TO BOOK YOUR PLACE

Olga JoyI am a native Italian speaker. I have studied modern languages at University in Rome and have taught Italian evening classes at all levels for many years as well as teaching Italian in schools in Cambridge. I have worked as an examiner for UCLES and Edexcel and as a translator and interpreter both in Italy and the UK.